This time I am focusing on the lotus, being something that I am incorporating not only in to my jewellry but also it is prevalent in chakra healing, something that is of daily relevance to me.

In Buddhist symbolism the lotus is symbolic of purity of the body, speech, and mind as while rooted in the mud, its flowers blossom on long stalks as if floating above the muddy waters of attachment and desire. It is also symbolic of detachment as drops of water easily slide off its petals. – As quoted by Wikipedia

The Lotus is a plant that belongs to the Nelumbo genus, and it has long been associated with purity, rebirth and divinity.

Some, but not all, of the lotus flower symbolism is different across the major cultures that it plays a role. For instance in Buddhism it is seen as a sign of purity, associated with beauty in Hinduism, and with the Sun in Egyptology; more recently the significance of the Lotus has been incorporated into the Bahai religion.

A thing that is striking about the lotus is that although it often grows in mud, and returns within it at night, it always flowers clean the following day, this makes it a great item to use for a metaphor.

It also led the great Chinese Philosopher Confucius to state “I have a love for the Lotus, while growing in mud it still remains unstained”. The Lotus is symbolic with many religions as follows:

In Buddhism the Lotus flower is known to symbolize purity of speech, of the body, and of the mind. It is fabled that Siddhartha Gautama (Gautama Buddha), whose teaching Buddhism is founded upon, left a trail of Lotus Flowers in his wake with every step that he took. Perhaps the major Lotus flower symbolism is it’s association with spiritual awakening or enlightenment.

A person’s path in life is said to be similar to that of the Lotus. Starting at the seed stage, early in the karmic cycle, through to the bud emerging from the dirty water, representing a person following the path of spirituality and leaving attachment behind, and finally blossoming, this is when a person has become fully awakened and has achieved nirvana.

Each chakra’s symbol contains a specific number of lotus petals. The petals indicate the chakra’s vibration frequency rate & the color of energy field. The more petals the higher and finer the vibrational frequency.  the petal has got a sound, a quality, a Mantra, etc.

The lotus petals of the Chakra works only on the subtle body. A lotus opens only when touched by the morning sun and closes just as the sun sets. Likewise, the lotus of the six Chakras open only when the Kundalini is present within them. So, in an ordinary man all the lotus petals remain closed.

You can find out even more about the Lotus here:  The Divine Lotus Flower 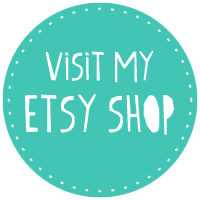